It’s a word that’s almost lost its meaning, given that everything from stand-up comedy to mattress sales are called “outrageous” these days. But consider the simple fact that a president of the United States downplayed the severity of a pandemic, while acknowledging it in private, to the point that millions of his followers think the disease is a hoax and wearing masks is a liberal plot. Then there’s the simple fact that Republican politicians, right-wing media types and most of his supporters have gone along with him every step of the way.

Claiming he won the election except for all the fraudulent votes is outrageous enough. Using his position to make more of us die and suffer from COVID-19 is about as outrageous as anything a person or president could do.

It’s true that the death rate is down, but the virus causes suffering and can cause significant damage even when you survive it, and then there’s the effects it has on the rest of society. This chart shows new cases in New Jersey from March to November: 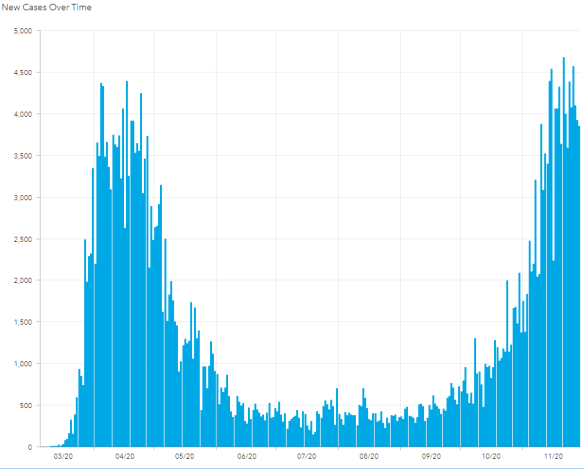